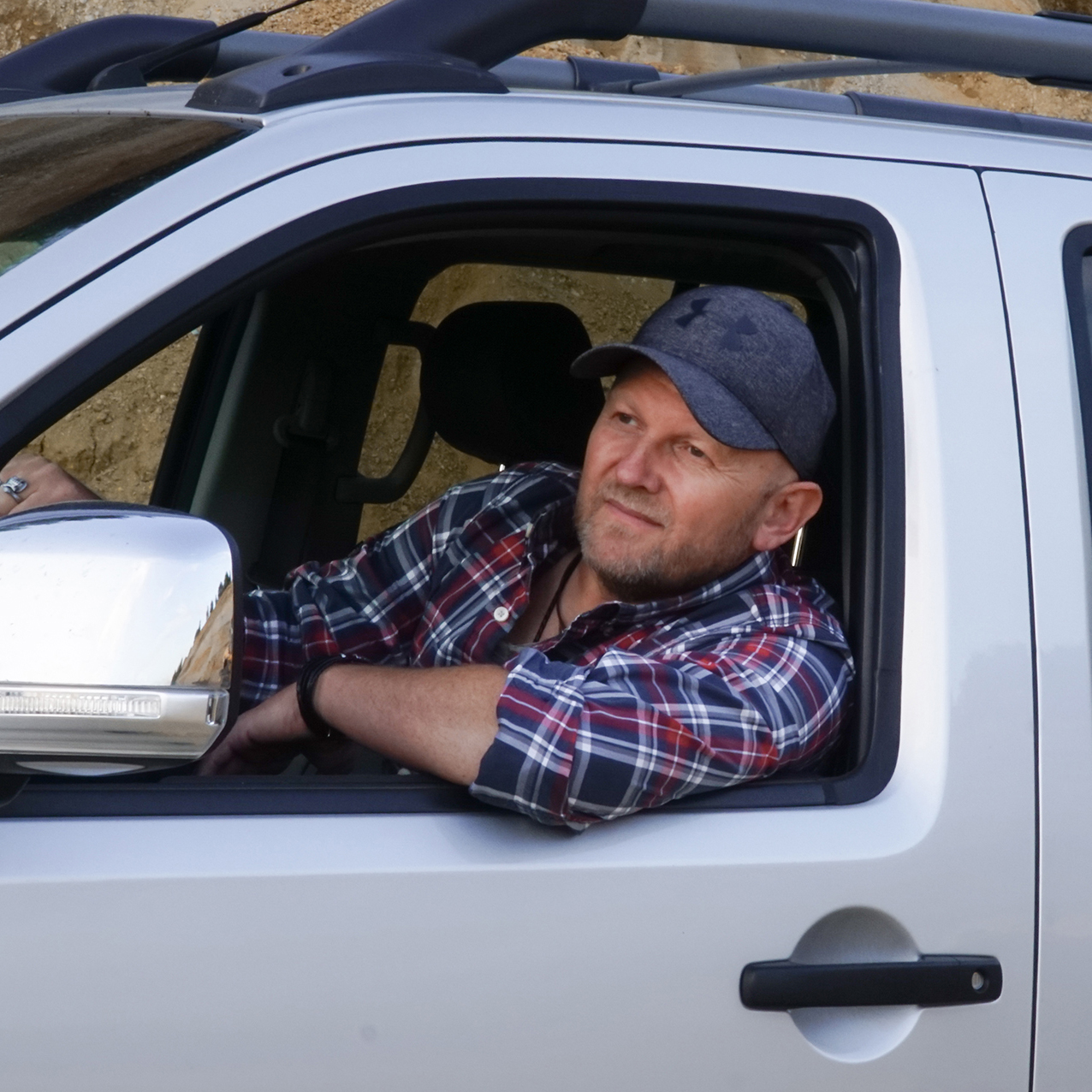 The song goes under the skin: Ralf Helmbrecht from Thalham/Germany has processed the death of his brother-in-law in a ballad. Since it has also been running on YouTube, even total strangers have been contacting the master pastry chef.  A story of farewell – and a new beginning.

Thalham-Attenkirchen/Germany – The call from his wife Ulli bursts in the middle of a conference: “Tom is dead!” A sentence which makes Ralf Helmbrecht freeze. “Tom who?” he asked, after all he knows three of them. A short time later, the Thalham-man and his wife are sitting in the car rushing to Austria – the home of his brother-in-law.

There was a beautiful September morning, all the birds sang in the trees. You were ridin’ on your Harley, in your face a warm fresh breeze…
What the Helmbrechts experienced on site is shocking: Tom, the partner of Ulli´s sister, was riding his Harley Davidson to work that sunny day in September 2016. The next moment, a car ran into his lane, the driver was probably distracted. Tom crashed at full speed.  Seemingly infinite minutes followed, nothing happened. Car after car passed the scene of the accident, nobody stopped. Tom, who himself had saved lives time after time as a voluntary fire fighter, lost his own in the helicopter en route to the clinic. Help came too late.

You’ve helped so many people, but no one was able helping you. This day was like a bad dream – I shut my eyes to avoid the truth…
The next day, Ralf Helmbrecht drives back home to Bavaria by himself, his head and stomach still aching from the grief, but the plant manager of the large Wimmer bakery plant in Munich is needed in the company. After he was home again, he follows an impulse: he reaches for a pen, paper and his guitar – and writes a song for Tom.

The song tells about the last Harley ride
The lines and notes simply flow out of him, the melody in C minor comes as if by magic. He composed through the night and the song “Tom A Hawk” is finished. “Tom a Hawk” tells of the last Harley ride – and describes the sheer bewilderment of the surviving family.

Hey Tom A Hawk, we can’t believe you’re gone too soon! I’m sure you still had so many things you wanted to do…
As Helmbrecht plays his musical homage to Tom at a family funeral, he senses how everyone was incredibly moved by this song. Even when other musicians joined in later, they are immediately gripped by this emotional piece. “You have a knack for it,” confirms his wife, adding: “You have to make more with your talent!”

A tough guy with a soft heart
So Helmbrecht has a music video recorded: With the sun low in the sky, he sits in a polo shirt on a park bench under a tree, accompanied in the background by a violinist in a turquoise dress. He plays his guitar sensitively, sometimes with his eyes closed. The tough guy that the first glance suggests reveals his soft heart.

No, you never walk away; I’ll keep you always in my mind. You were a cheerful and helpful guy; we grieve a lot about you my friend…
The day before Tom would have celebrated his 50th birthday, the video appears on YouTube. Subtitled “In Loving Memory.” Within a few days the clip is played over 2,000 times and shared in various networks. In the commentary columns, the ballad receives a lot of praise; even private messages from total strangers reach Ralf Richards – which is Helmbrecht’s stage name – again and again.
“People have written to me, who have experienced something similar,” says the 54-year-old. He is happy to touch people with his music. The one comment in particular means a lot to him. Someone named Fritz wrote it under the video:  “A wonderful song,” adding: “Dead are only those who won´t be remembered anymore.”

He is now recording his own EP in the studio
Moving people, that is what Helmbrecht now wants to do with his other songs. At the moment, he is regularly at the Attachinger Farm Studios, recording songs for his first own EP. The genre is moving towards New Country, “but not like Johnny Cash, but a bit rockier and more folky,” says Helmbrecht. In it, he sings about waiting for love, about raising children and recognizing genuine friends. These are his personal experiences and observations. The title of the EP is already fixed: “Tom a Hawk!”

Now the waves of pain are getting higher. But while I lay they become lower. And we loose themselve in the sand, and my heart will no more cry…
Ralf Helmbrecht stood on stage for the first time at the age of eight: with a bass clarinet and guitar in a family quintet. After completing school and an apprenticeship, he left Germany. The music initially rested for quite some time. As a master confectioner and pastry chef, he came around a lot in the world of upper class hotels. Switzerland, France, Australia, Austria – and then again Germany, with Thalham near Attenkirchen being his home since 1992.

Tears flowed at the breakfast table
Meanwhile, Helmbrecht owns eight guitars, has performed with the cover band Finest Noise and has also written 15 own songs the past three years. This was triggered by the acoustic guitar which his wife bought him for his 50th birthday – and the return present for her 50th: Ralf Helmbrecht had his self-composed serenade recorded in a professional recording studio.  When the birthday child heard the song at the breakfast table, tears flowed. “Even my two daughters were touched by the song,” recalls the 54-year-old today.

As Ralf Richards, Helmbrecht wants to apply for the Uferlos-Festival in Freising again this year, where he has already been in the limelight before. He is already in discussion with the organizers of the Hallertau Beer Festival. “If that works out, I would be very happy. Attenkirchen would practically be a home game.”

Ralf Richards´ next performance is in Freising/Germany
On the other hand, the performance at Café Schlüter´s “Open Stage” in Freising/Germany next Friday, February 9 at 8:00 p.m. is fixed. “We will play there in a small group of three.” Our playlist won´t include any cover songs, “but only my own music,” because: “I just need to know how the audience receives my compositions. Friends can always tell you a lot,” remarks Helmbrecht and laughs.

There’s an eagle flying up to the sky, listening to theirs tune.
For the planned performances, one seat will definitely remain empty: that of his brother-in-law and friend Tom. Whether he would have sat in the audience or on stage, who knows: “Tom was an absolute guitar freak and also owned a few,” explains Ralf Helmbrecht. “But he never played them. He just always said: One day he’d take lessons.”